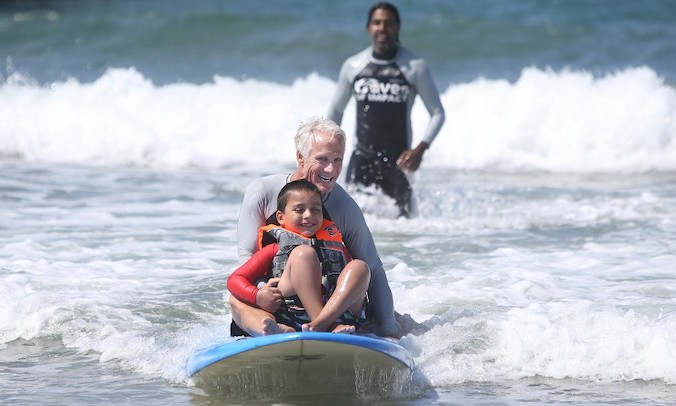 It was at a Miracles for Kids surf camp where Alberto Romero Gonzalez finally spoke.

Alberto was 4 years old at the time and undergoing treatment for leukemia. He also has autism, and until then he had been non-verbal.

With a life jacket and an attentive instructor, he eagerly draped himself on a surfboard and felt the cool, shallow water break and gurgle over him. Then he went ashore and said, “Water,” “ocean,” “I like it.”

“Something happened on that day,” said his mother, Griselda. “It was like a miracle. A total miracle.”  Read more from the Daily Pilot